The Magic of the Separate Interest QDRO

By David WilsonMay 4, 2021Blog/Videos
No Comments

A Qualified Domestic Relations Orders or QDRO allows retirement accounts to be divided without taxes and penalties in the case of a divorce. Most people going through a divorce know this. What they don’t know, however, is that a QDRO can be drafted in one of two ways. It can be a “separate interest QDRO” or a “shared interest QDRO”.

You can’t talk about QDROs without understanding the difference between an alternate payee and a participant.

The participant is the person who owned the retirement account originally and contributed portions of their pay checks to it. The alternate payee, on the other hand, is the spouse who did not contribute to the account and is receiving a share of it in the divorce.

What is a Separate Interest QDRO?

Pensions and Other Defined Benefit Plans and Separate Interest QDROs

In a defined benefit plan, retirees are guaranteed a specific monthly payment for a specific amount of time. The most common form of this is the classic pension.

When this type of retirement plan is split under a separate interest QDRO, the plan administrator sets up a separate pension account for the second payee. They’ll take the total amount they promised to pay the participant every month and split it 50/50 or 80/20 or however the QDRO specifies.

The rules for retirement accounts in the US are laid out by ERISA or the Employee Retirement Income Security Act. One of these rules states that at QDRO cannot provide increased benefits. When it comes to splitting pensions, this rule causes problems when the alternate payee is younger than the participant.

Now let’s say that our 65 year old participant has a 45 year old spouse. The $6,000 pension is split 50/50 under a separate interest QDRO and a new pension account is created for the spouse.

You might think that in this case both the participant and the younger spouse should get $3,000 a month for the rest of each of their lives. The problem is that this almost certainly results in the pension plan paying out more money than it would have if the divorce didn’t happen.

Let’s look at the math. Life expectancy tables predict that our 55 year old participant will live to 75. They also predict that our 45 year old alternate payee will live until 85.  They can both start receiving the monthly pension payments when they are 65. So the plan will be making payments to the 55 year old for ten years and to the 45 year old for 20 years. If the plan were to pay $3,000 for ten years for the participant and $3,000 for twenty years for the spouse it would pay out a total of $1,080,000.

$1,080,000 is, of course, far more than the $720,000 that the plan would have paid had the divorce not happened. This, of course, violates ERISA’s rule that QDROs can’t result in more money paid out. To get around this, the monthly payments for the younger spouse are adjusted down.

Example – A Firefighter Pension and a Separate Interest QDRO

Sally and Dan are getting divorced. Sally has been a firefighter for thirty years and has a pension.

The pension promises Sally $4,000 dollars a month from the time she retires to death. After many long conversations with their attorneys, Sally and Dan have decided to split the pension 50/50 according to a separate interest QDRO.

401ks and Other Defined Contribution Plans and Separate Interest QDROs

Defined contribution plans are 401ks and other retirement plans where you and your employer contribute money until retirement. After you retire, distributions can be made until the account balance is zero.

The division of a 401k accounts and other defined contribution plans is simple under a separate interest QDRO. A separate retirement account is created and half of the assets in the account are moved from the participant’s account to the alternate payee’s account.

Example – A Typical 401k and a Separate Interest QDRO

Linda and Allen are getting a divorce. Allen has one 401k through his employer.

After consulting with their divorce attorneys Linda and Allen have agreed to split the 401k account 50/50  according to a separate interest QDRO. Once the divorce is final, Linda goes to her financial advisor and opens up a traditional IRA account. Half of the assets from Allen’s 401k are then transferred to Linda’s new account.

Once the transfer is complete, Allen and Linda can make decisions about the money independently from each other. As long as Linda meets the age requirements for her new traditional IRA account, she can begin withdrawing money at any time. Likewise, Allen can retire and begin pulling benefits according to the rules of his 401k plan.

Benefits of a Separate Interest QDRO

The benefits to choosing a separate interest approach when it comes to drafting a QDRO are many. Most divorcees like that it completely separates the money. Once a retirement plan has been split this way, there is usually no reason for the ex-spouses to discuss the money any further. Most divorcees appreciate the opportunity for a clean break.

What is a Shared Interest QDRO?

In a shared interest QDRO, the plan is not split into two separate accounts. Instead, the plan administrator simply sends a portion of any payments the participant receives to the alternate payee. In this set up, the participant retains all decision making power.

Pensions and Other Defined Benefit Plans and Shared Interest QDROs

Pensions and other defined benefit plans are handled very differently under a shared interest QDRO.

Cara and Mike are divorcing. Mike is a history teacher at a private high school and has a pension through the school.

Cara and Mike have had many long conversations with their divorce attorney and have finally decided to split the pension 50/50 under a shared interest QDRO. They notify the plan administrator of their decision and a note it put on the account.

Ten years later Mike decides to retire and begins taking pension payments. Whenever a payment is scheduled to go out, the plan administrator sends one check for half the full amount to Mike and another to Cara. This happens every month until Mike’s death. His payments cease at this point and so do Cara’s unless they’ve both agreed to take smaller payments to buy insurance called post-retirement joint and survivor protection.

401ks and Other Defined Contribution Plans and Shared Interest QDROs

Defined contribution plans like 401ks are rarely split under a shared interest QDRO. If one were, however, the plan administrator would divide every payment into two checks. The account itself, however, would remain whole.

Example – A Typical 401k and a Shared Interest QDRO

Josh and Mathilda are divorcing. Josh has a healthy 401k through is employer and has been taking monthly distributions of $4,000 for five years.

After reviewing Josh and Mathilda’s situation, their divorce attorneys suggest that they split the 401k 50/50 according to a shared interest QDRO. They suggest this because Mathilda is terminally ill and needs to receive payments quickly and without the hassle of opening and managing a new account. As Mathilda will likely only take payments for a short time, the divorcing couple agrees that this will be best.

Once the decision for how to split the money has been made, Josh notifies his 401k plan administrator. From that point forward two checks are sent out from the account every month, $2,000 to Josh and $2,000 to Mathilda. When Mathilda passes away one year later, her payments stop and Josh once again receives $4,000 a month.

Benefits of a Shared Interest QDRO

Most QDROs are now drafted as separate interest QDROs. There are situations, however, where a shared interest QDRO could be a better fit.

Some alternate payees might also prefer shared interest QDROs because they don’t want the hassle of investing money and making decisions about accounts. They prefer, instead, to let their spouse manage the money.

Every Divorce is Different

Whether a separate interest qdro or a shared interest qdro is best for you is going to depend on the particulars of your situation. Remember that your divorce is as unique as the people involved. There isn’t going to be a one size fits all answer to what kind of QDRO you should get.

You’re probably going to have to spend some serious time discussing your options with highly skilled divorce and QDRO attorneys. So get good attorneys on your side now. 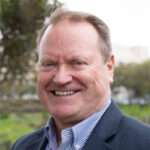 David Wilson is a Certified Financial Planner® and Accredited Investment Fiduciary Analyst® at Vector Financial Solutions and the author of this blog. He has spent the last 30 years helping people in the greater San Diego area accomplish their financial goals and envision their best financial future. Call 760-741-3159 or email to get in touch.

Let’s strike up a conversation

Have Questions? Want to learn more about our financial solutions? Call us at (800) 545-3007 and let us show you how our expertise can help you.

How Restricted Stock is Taxed: The 83b Tax Election Could Save You Thousands

Where Should We Send it?

Enter your email address to get your 13-point guide delivered to your inbox.

You're all set. We're sending the guide over now so check your inbox!

We value your privacy. Our firm will not share your information without your permission. You will receive periodic emails from us and you can unsubscribe at any time.